Metaphysical speculation is a constitutive aspect of human nature. It can adopt a myriad of forms. In fact, each one of us is inhabited by a personal metaphysical intuition which can correspond in varying degrees to mainstream metaphysical stances, such as the religious, the agnostic, the deistic, the materialistic, etc.

Some Western philosophical traditions, whether religious or not, consider metaphysics as the basis of any other kind of knowledge. Metaphysics has for a long period of time been considered the “Philosophia Prima”. At its most extreme metaphysics was considered the source of all other knowledge, or at least as the touchstone of any valid knowledge.

I suppose most of us cannot uphold such extreme positions for any long period of time. So, why not simply admit the evidence? There is value in metaphysical speculation. It has been a trend in Europe during the last century to consider metaphysical speculation as a weakness, an occupation for “softies”, daydreamers and escapists. Metaphysical speculation has been accepted in recent European civilisation only in as far as it was confined within the realm of theoretical scientific disciplines, such as quantum mechanics, astrophysics or, more recently, biology.

A religious person’s stance about her creed will change as her inner conversation develops in the midst of altering circumstances and new external inputs. Even the most extreme dogmatist will, over time, inevitably experience change in his views on metaphysical questions. This inner metaphysical conversation is not only fluid, but it also is open-ended; it has no goal and no end (except maybe in death, but this again is a metaphysical standpoint). An extreme agnostic may well die a devout Catholic.

The inner metaphysical conversation can, in principle, be fed by any kind of experience. At this juncture another type of metaphysical practice has appeared. Since the late 19th century the “psychologies of depths” developed. It’s most renowned movements are psychoanalysis (founded by Freud) and analytical psychology (founded by Jung). In my view these psychologies overstress the pole of the “Self” in the inner metaphysical conversation.

“Depth psychologies” tend to neglect the specific nature of metaphysical speculation, which is, to ponder ultimate questions about the universe of which the “self” is a part. In the context of these psychologies there always is a practical goal in play, which I will simply call “sanity”. This contradicts the open-endedness required in metaphysical speculation, in the context of which the distinction between “mad” and “sane” are irrelevant qualifications.

The validity of a metaphysical consideration cannot be judged by psychological criteria. In short, metaphysical speculation can be simultaneously “mad as hell” as well as “absolutely valid”.

The validation of metaphysical speculation can only take place in an open-ended and external conversation. Metaphysical considerations can only be validated if they are being shared. The open-endedness and the intensity of the public conversation about metaphysical practice is an important component of what I will simply call “civilisation”.

It would be a mistake to think that the conversational validation of metaphysical considerations could only occur on the basis of rationality or, of their alignment to the scientific insights of the day. The conversational criteria will, of course, include rationality and scientific adequateness, but they will as well include practical, moral and aesthetic arguments. Metaphysical inner conversations are validated in the external conversation in their full complexity. In fact, metaphysical considerations can, at times, be very funny, and – as for instance Jewish humour shows – absurdity and madness are indispensable parts of the game. 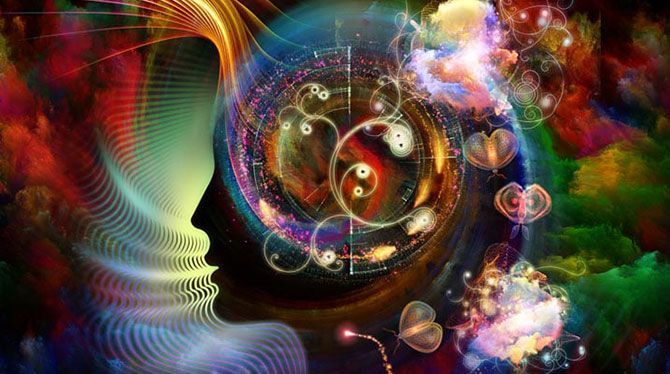 Metaphysical speculation as a practice is not constrained by rules. Metaphysical speculation as a discipline (“metaphysics”) by contrast, is governed by very strict rules. This has the nefarious consequence of giving it an appearance of seriousness as well as a reputation for hermetic complexity. Defining the rules of metaphysics is a philosophical discipline in its own right. I will make my life easy at this point and quote Alfred North Whitehead’s definition of metaphysics.

“Speculative philosophy is the endeavour to frame a coherent, logical, necessary system of general ideas in terms of which every element of our experience can be interpreted” (“Process and Reality”, 4). Coherence means that the parts of the system must fit together. Logical means that there should be no contradictions within the system. Necessary means that there should be no superfluous parts in the system. I add to this that metaphysics is, in essence, an individual endeavour. I have no knowledge of a metaphysical system being the result of teamwork. Of course, creating metaphysics from scratch is impossible. Most metaphysics originates in the study of previous attempts at creating such systems of general ideas. In other terms, metaphysics is a personal endeavour to ponder the ultimate questions about the universe in a coherent, logical and necessary manner.

Metaphysics is just as open-ended as metaphysical practice. And although a goal is stated, the end is guaranteed to be both a relative and an absolute failure to achieve the pre-stated aim. This characteristic metaphysics shares with poetry, and it means that the ultimate validation of any attempt at metaphysics can only take place in open-ended external conversation.

So, why is metaphysics being done at all? Why should one submit to these strict rules when one could just pursue metaphysical speculation as a practice? I see two major individual human drives at work here: an intellectual motive and an aesthetic one. The intellectual drive does not take the form of a curiosity focused on an object or an event, as it is the case in science, journalism, history, politics, … The metaphysician’s curiosity is primarily geared towards the question of how far one can reach into the comprehension of the universe, before failing.

And this curiosity is immediately related to the aesthetic aspect of metaphysics. Doing metaphysics both guarantees painful disillusionment as well as rare, but marvellously joyful moments of insight. These alternate feelings of frustration and joy are reflected in the experience of the metaphysics student. He is at once confronted with the difficulty of understanding another person’s metaphysical mindset and the possible reward of recognising an insight valuable to one’s own metaphysical practice. In this way metaphysics not only contributes to inner metaphysical conversations, but it also feeds into the external conversation. Thus metaphysics’ civilisational role is played out. Its success is independent of the veracity of its systems, but its value lies in its capacity to contribute to the vitality of the collective metaphysical conversation.

The value of metaphysical conversation

This last point is often ignored by the critics of metaphysics. They usually confuse metaphysics with ideology. It is to be admitted that in some cases metaphysical insights have degenerated into rigid and closed-ended systems of ideas used to oppress creative thought. The root problem however, is not metaphysics itself but a lack of metaphysical imagination and conversation which opens the door to the ossification of intellectual creativity and to the dogmatic excesses of ideology. This indeed is the greatest threat to civilisation and mankind: the collective madness generated by metaphysical dogmatism. Just as a madman’s individual metaphysical conversation could well be coherent, logical and necessary, but completely crazy from society’s point of view, so too the collective metaphysical conversation of a society can derail into a person-threatening madness.

In today’s Western civilisation the prevailing metaphysical dogmatism is that metaphysics itself is considered irrelevant. That the need for it is not perceived and its voice is no longer being heard is not the result of an orchestrated conspiracy, but rather of a constellation of circumstances. These factors can be divided into two groups: the tyranny of the practical, resulting in the prevailing technocracy, consumerism and managerialism, and, the reduction of the perspectives, caused by one sided approaches to the world, examples logocentrism, psychologism, empiricism, etc.

If metaphysics is not positively and enthusiastically rejuvenated by metaphysicians, and is not given full access to the external conversation, and above all, if metaphysics is being prevented from being enjoyed, then a civilization is at risk of losing its reason.