With the increased migration the right to vote when abroad is more important than ever. It can be applied to either narrow groups such as military and diplomatic personnel, refugees, migrant workers, or – more broadly – to all country’s citizens living or staying abroad, temporarily or permanently.

There is no international law instrument, which would explicitly oblige governments to provide their citizens with the possibility to vote when abroad. Both the Universal Declaration of Human Rights (Art 20) and the International Covenant on Civil and Political Rights speak about the right to participate in public affairs, including participation in elections. Yet, neither of the treaties provides that governments are obliged to extend that right to voters living abroad. The International Convention for the Protection of the Rights of Migrant Workers and their Families is the only treaty, which contains a provision about the participation in elections of citizens from abroad, but the provision applies only to documented migrants and their families (Art.41) Despite the weakness of the international treaties’ provisions, currently there are over 100 countries that provide possibility to vote for their citizens living abroad.

There is a number of systems in use that allow voters to cast their ballot despite not being in their home country. The most common and simplest form is personal voting in a diplomatic mission or a polling place specially set up abroad. The elections in polling stations organized abroad can be subject to limited scrutiny and thus to political manipulation. Therefore, a country that decides to offer such a form of voting to its citizens, needs to pay utmost attention to the integrity of electoral process. This year, our student Sofia Garcia Yunda, was as the president of an abroad election commission in a polling station opened in Marbella by the Ecuadorian Consulate for the latest Presidential Elections. 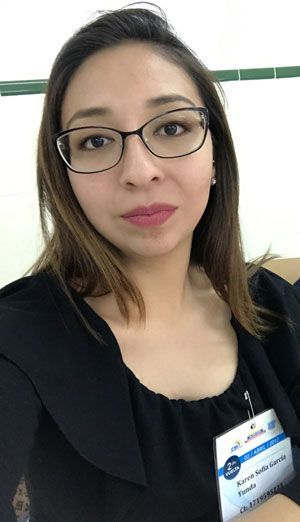 The second round of presidential election in Ecuador took place on 2 April 2017. A week before I received a call from the Consulate of Ecuador in Malaga. They told me that they use a system, which selects members of polling stations from young people who had registered with them. I received pre-electoral training, where they explained us the work, which we had to perform as members of election commissions.

Each commission was comprised of 3 members: a President, a Delegate and a Secretary. I was selected to be the President and my main job was to supervise the work of the Secretary and the Delegate. At the time of the final count, I was the one who validated or invalidated a vote. The Secretary was responsible for checking that there was no mistake with the identity of the voter and in our list of registered voters. The Delegate oversaw whether the delivered ballots were not altered to avoid any kind of fraud.

On 2 April we started our work at 6 am at the Vicente Alexandre College in Marbella. We received from the Consulate a perfectly sealed box, which contained ballots, a log of installation and seal among others. Its reception had to be confirmed by all the members of the commission and by candidates’ observers. We needed to inform the Consulate every two hours about the turnout.

Voting stopped at 5 pm and it was when we started counting votes, which was by far the most interesting and important for me. This is when my role as the President of the Commission became pivotal. We had blank ballots and null votes, as well as ballots about which I had to decide as the Commission’s President if they were valid or not. It was great experience!

We had to be very well organized and patient during the count. Number of used ballot papers had to match the signatures that we had in the register of voters. Our election commission received a total of 414 ballots. 209 voters came and casted their ballots and 205 ballots remained unused. So the calculations matched. Unused ballots and voting certificates were marked with a stamp “Not voted” and were put to a one of the four envelopes that the Consulate sent us in the box I was telling you about.

For me, being the President of Election Commission was a great experience. I realized the importance associated with being a member of a polling station. It was also a little stunning to see a high number of Ecuadorians in Marbella!

Apart from the personal voting in the polling stations organized by diplomatic representations voters of many countries, when abroad, can cast their ballots via postal voting. In that case the voter fills in the ballot and sends it by ordinary post to the home country. Postal voting is used
for example in Canada, Norway, Mexico and Switzerland. Another form of out of country voting is the proxy vote – which means nothing more than authorizing somebody to cast the vote on your behalf at a polling place in the home country, or abroad. Antony Pieteres, our International Relations student used that method recently, in order to cast the vote in the parliamentary elections in the Netherlands.

Hi, my name is Anthony Pieters. I am in my third year of International Relations at MIUC. In my country (The Netherlands) there were general elections held in March this year. Because I knew that I would not be able to vote I filled in a proxy vote where I authorized someone to vote on my behalf. In our country you are sent your ballot more than one month before the election so that you are able to fill in the ballot if you would like to use the possibility of voting by proxy. You then fill in the name, address and ID details of the person you authorize to cast your vote. This person then needs to bring this ballot together with a copy of your ID to the election office. I have done this some times before and it seems to work perfectly.

The most recent of the out of country voting methods is voting by electronic means. The voter may use the Internet, personal digital assistants, telephones or a mobile phone to cast his or her vote. This type of voting is most often referred to as e-voting. Despite being very much in line with the 21st century zeitgeist, that form is approached by governments with a degree of reluctance. Different forms of e-voting took place, among others, in Estonia, Canada, Switzerland and the US.