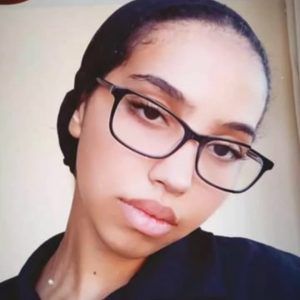 Regarding the Global Peace Index, which is considered the main annual scale of world
peace and international safety, in 2021 Spain was considered one of the safest countries in
the world, ranking 31st out of 163 nations, coming in before Italy (32nd), the United
Kingdom (33rd), France (55th) and the United States (122nd). Figures clearly demonstrate
that Spain is a safe environment to live in. In addition, it’s the fourth country in the
European Union where the fewest crimes are committed, coming in behind Greece,
Portugal and Italy. In fact, Spain has one of the lowest crime rates in the European Union,
ranking as the third European country (of the EU-15) following Portugal and Greece.
“I am an international student from Morocco, in my high school years it was hard to pick which
university should I go to , so I picked MIUC , my dream was to graduate and study abroad I had
so many choices but Spain was the best choice , I chose Spain because it has the same weather
as Morocco and it&#39;s just 14km away from my country, I though a bit ahead and I concluded that
Spain will be easier for me to live in as a women because the safety here is incredible and as
Muslim women since Spain has the highest number of Muslim community. Spanish people are
really welcoming so it is easy to make connections and make friends if you want to without
forgetting that Marbella is a melting pot of a lot of different cultures so you learn new stuff every
day. I am glad that I chose Spain because there is no way of boredom when you have such a
diverse environment.