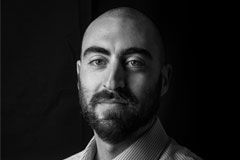 Lorenzo is currently working on the publication of a monograph on Jeremy Bentham's international thought. The book addresses an interdisciplinary audience of historians and international relations scholars interested in the historical origins of ‘the international’ and the evolution of the modern international order. By examining Bentham’s attempts to imagine ways to govern, regulate and reform political relations beyond national borders, this study reconstructs his vision of an international order of ‘nations professing liberal opinions’ and his efforts to promote it.

Outside academia, he has worked in local and international projects on youth education, active citizenship and sustainable development. A native Italian speaker, he is also fluent in English. Working on his Spanish.