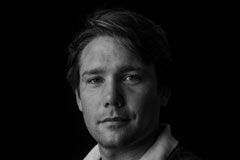 MSc in Kinesiology, University of Zagreb
UEFA B Coach, Strength and Conditioning Coach

Originally from Croatia, one of the smallest countries to ever reach a World Cup final, Jenisej has more than 10 years of professional working experience in the football coaching world. After obtaining a Master’s degree in Kinesiology at the University of Zagreb, with a major in Strength and Conditioning, he coaches football teams and individuals, from U7 to senior categories. He holds a UEFA B coaching license.

On more than one occasion, his personal coaching style has been recognised. He has accompanied professional players to football trials in the United Kingdom. He also continues to take part as an external associate for the London “Pro Touch” football academy. Additionally, he has been selected to work on the selection process of football players for the Zagreb Football Association. Most recently, his love of sports brought him to Spain, where he co-founded “SportCab”, a youth football club in Marbella. At MIUC, apart from working in the Student Life Department as Sports Coordinator, he is now a professor within the "Claude Littner BA in Sports Management" programme.