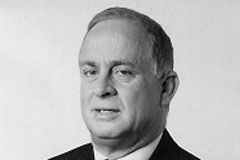 Prof Dr Dan Korn has been a lecturer in Political Science and Public Policy at Israeli universities and at various European universities such as LSE, Bucharest, Potsdam and Munich. He served as a member of the 16th Knesset (the Israeli Parliament).

Dan Korn authored several books on public policy, political parties, national unity governments and coalition politics. He has been a TV and radio analyst and commentator for more than three decades.

His academic and professional background allows him to incorporate both his working and academic knowledge into his lectures at MIUC, this providing his students with the best possible chance of success.