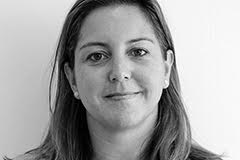 She began her passion for telling stories with a camera in Malaga's University achieving the Degree on Audiovisual Communication at the end of the nineties.

Soon after she started her television career in a small production in Andalucia ("Arrayán" - Canal Sur Television) becoming the youngest Stage Manager in Spain in a drama television soap opera at the age of 22.

She finally decided that the sun and the beach where calling her back to her home town and decided to come back to Marbella. She will be delighted to teach our students all her professional experience in the world of media and its production.